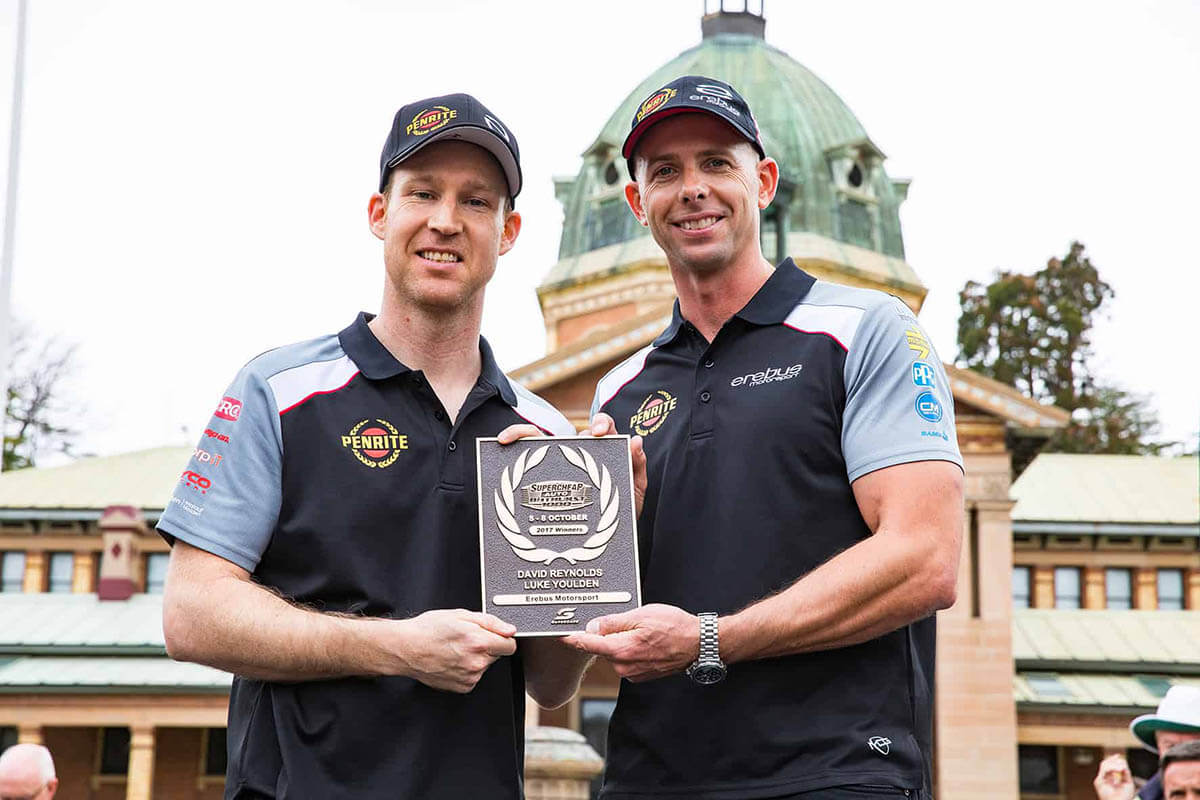 
The squad produced an underdog triumph last year, Reynolds moving into the lead with 15 laps to go and never looking back.


“Rolling up this weekend brings back a lot of good memories from last year,” Reynolds said.


“I’ve never been back here as defending champion, so it feels different for me and the team.”


The win marked Erebus’ first since their switch to Holden, and they have built on that success scoring a further two race wins and five podiums.


“We’ve won it once before and we can do it again; sometimes that’s the difference between winning and not, it’s having the confidence you can do it,” Reynolds said.


“You can see it in our results, it’s the team’s best season to date by a mile, we are in a much better position this year.”


Sharing the same mindset, Youlden also said he truly believes Erebus are in a good position to defend their title.


“There are many boxes you need to tick to take out the win but I think we have all the ingredients and we need to take advantage of that,” Youlden said.


“As a team we have spoken about minimising errors and if we can do that over the week then I believe we can be fighting for the win Sunday afternoon.”


Today both drivers received their winner’s plaque which is cemented in to the famous Victor’s Walk in Russell Street each year.


“It was the coolest thing ever," Youlden said.


"I’ve sat at that autograph session on a Wednesday for 19 years and watched the winners get the plaque and it’s all I’ve ever wanted to do and I finally got to do it today."