MOMO Brand Ambassador David Reynolds and the MOMO-backed Erebus Motorsport team have closed out the 2018 Supercars Championship season in spectacular form, with a podium finish on Saturday, poll position and victory in Sunday’s final race of the year.


Erebus Penrite Racing’s David Reynolds took his eighth podium and second at Newcastle with a brilliant drive to 2nd place on Saturday.


David made a good getaway from 7th on the grid, although James Courtney got the jump beside him and bumped the #9 down to 8th by the end of the opening lap.


The strategy games began early, and David made his first stop at the end of lap four to try and get him out of possible double-stacking. It was ultimately the right call, David emerging 3rd after the first round of stops.


On lap 41 the race erupted, Fabian Coulthard making huge impact with the wall, forcing a safety car and a scurry for pit lane. David dived into the pits straight away for fuel and tyres and his teammate followed but with not enough room to fully fuel the car to the end, David was forced to come back into the pits a third time under the safety car.


It took David to 8th on the restart but this did not signal normality. Lee Holdsworth led the charge to McLaughlin then Dave, but with yellow flags still being waved after the green were shown it only caused more chaos. David was soon back in fourth place, quickly closing on third.


With lots of fuel-saving taking place by the leaders, it was on lap 76 when David took the last spot on the podium, Pye eventually making his last stop.


Following the conclusion of the race, a dramatic 25-second penalty for a refuelling breach stripped Shane van Gisbergen of the victory, boosting David to 2nd spot.


Reynolds went one better on Sunday, ending a spectacular season with his third win of the year on the streets of Newcastle.


The perfect day started from pole position for David and continued as he led through the first corners.


A tangle between Jamie Whincup and Fabian Coulthard at turn 12 deployed the Safety Car on lap 19 and like Saturday, it was another dash for pit lane. David had built a 2.4-second lead over Scott McLaughlin but with the field heading for the lane, he’d return in second after taking 3.5-seconds more fuel than McLaughlin.


David made his second stop on lap 52 and based on the amount of fuel taken during the first stop, it was assumed it would all come down to the re-join. McLaughlin got the jump although it was far from over.


With five laps remaining and a fast Dave quickly catching the back of McLaughlin, the black and gold Commodore ran past to take the lead and eventually collect the win by 4.6807-seconds.


The result also secured fifth in the Driver’s Championship and fourth in the Team’s, a season best for Erebus Motorsport.


“I’m really happy to finish the year on a high, we had a perfect day with pole and the win. We were faultless again today and we minimised our mistakes, had great stops, a great car and strategy and that got us the win.


“Our year has been amazing; we’ve had nine podiums; a couple wins and a few poles. Since I’ve joined the team we have just got better and better. We are the same crew I started with in 2016 and we’ve worked hard, and we just keep going better, I’m so proud of everyone.” 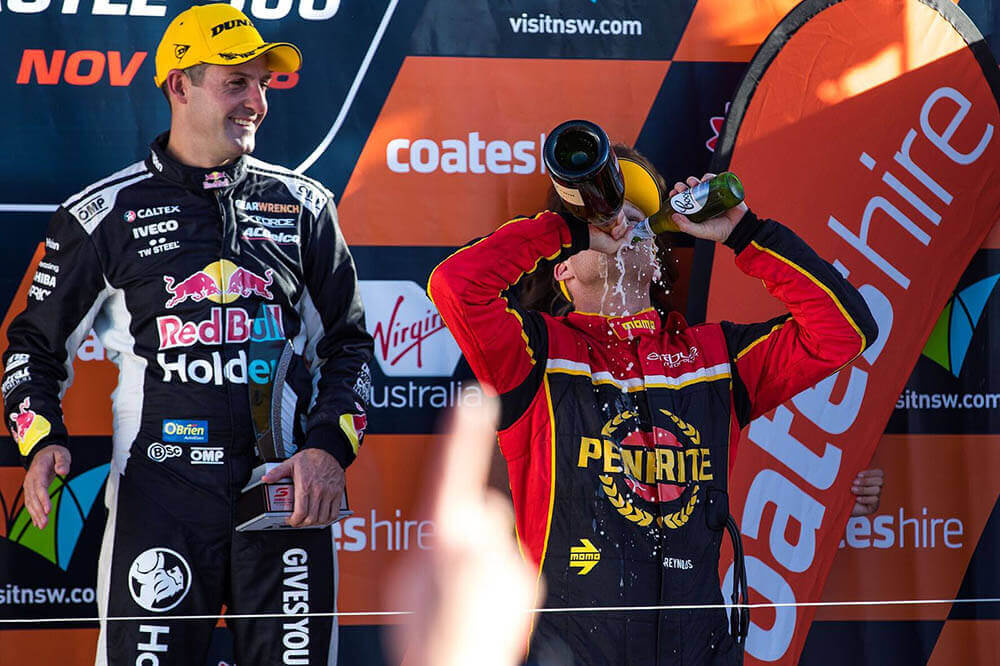 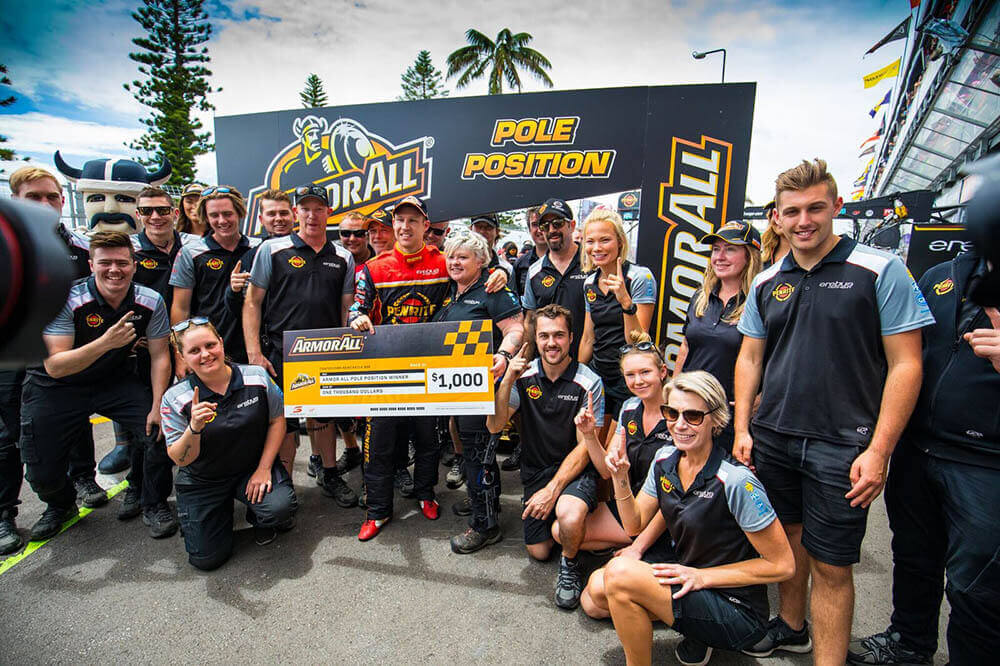 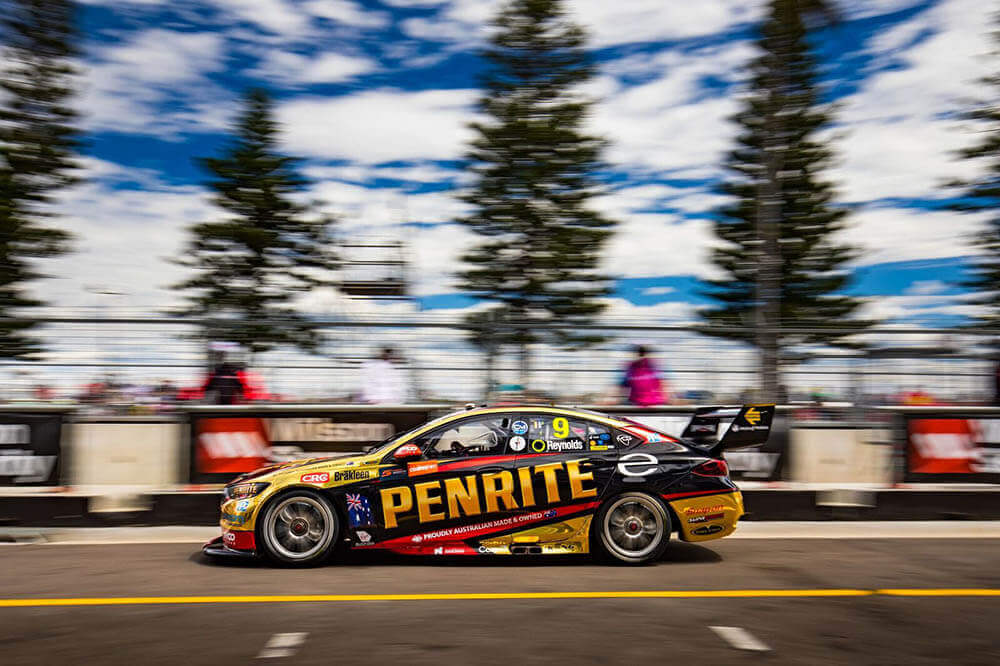 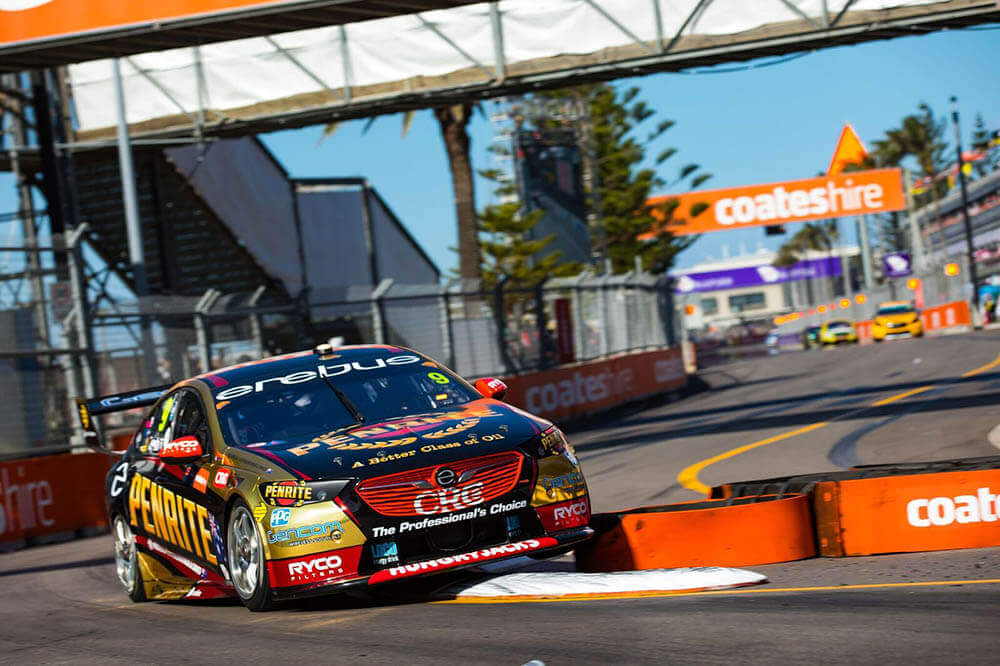