FUEL AUTOTEK is proud to have been part of what was a record breaking attendance of 29,665 people and 708 cars at Melbourne Showgrounds for Meguiar’s MotorEx 2018.

FUEL AUTOTEK’s stand took pride of position within the Herrod Performance Garage, among more than 100 of the best Australian automotive aftermarket exhibitors, proving that the love of car modification in this country is alive and well. Among the products on show at FUEL AUTOTEK’s stand was a cross-section of custom forged Vossen luxury alloy wheels, best demonstrated on Mustang Motorsports eye-catching Allan Moffat special edition Mustang, as well as product highlights from other flagship FUEL AUTOTEK brands, TSW Alloy Wheels and Black Rhino Hard Alloy Wheels for 4X4 vehicles. FUEL AUTOTEK also showcased the latest and greatest from iconic Italian brand MOMO, including their range of Italian-made leather, suede and woodgrain aftermarket steering wheels, shift knobs, motorsport products, alloy wheels and tyres. A little bit of star-power was added to the FUEL AUTOTEK exhibit as reigning Bathurst 1000 champion and MOMO Brand Ambassador David Reynolds made an appearance to sign autographs and take photos with the fans. 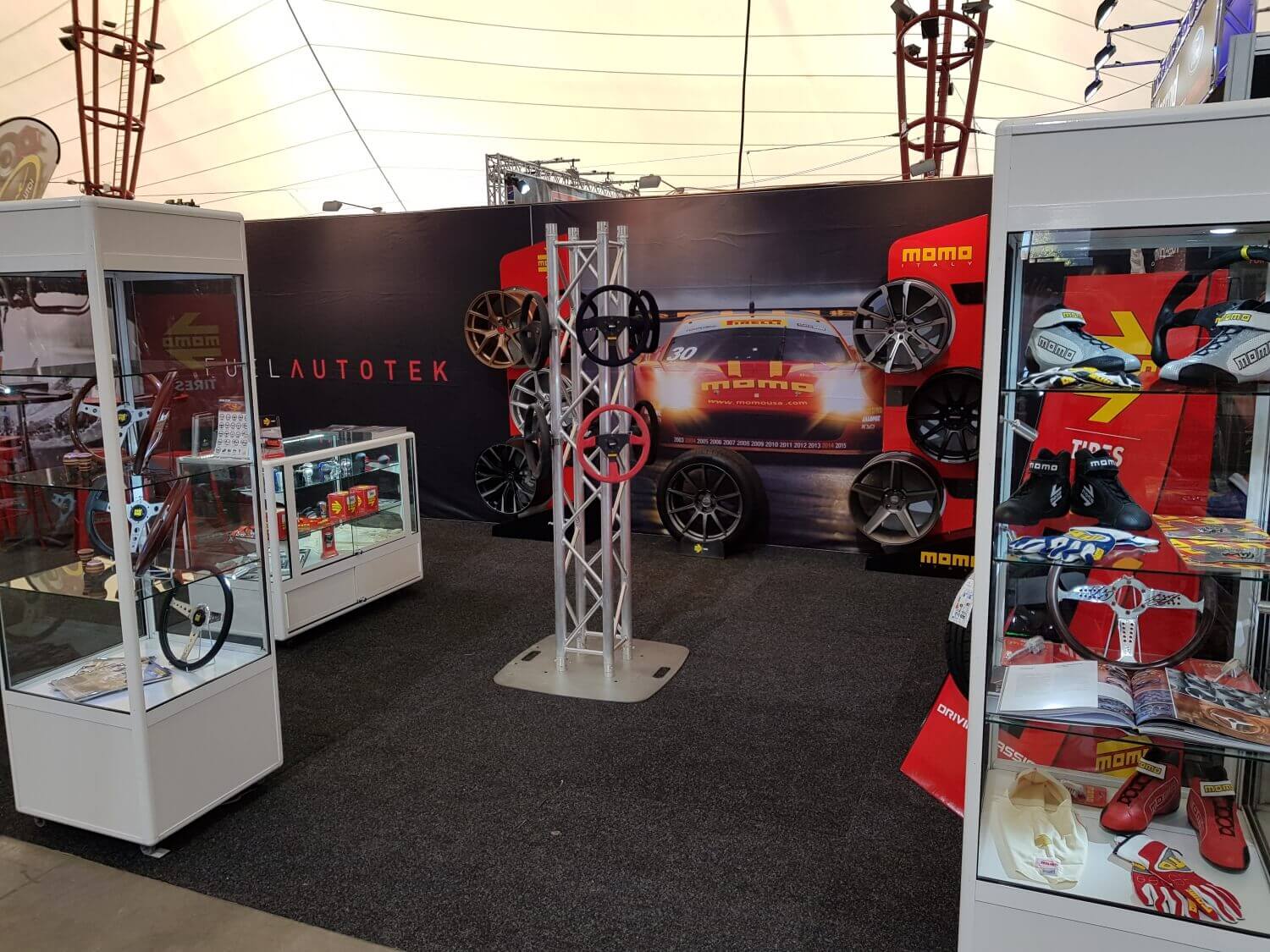 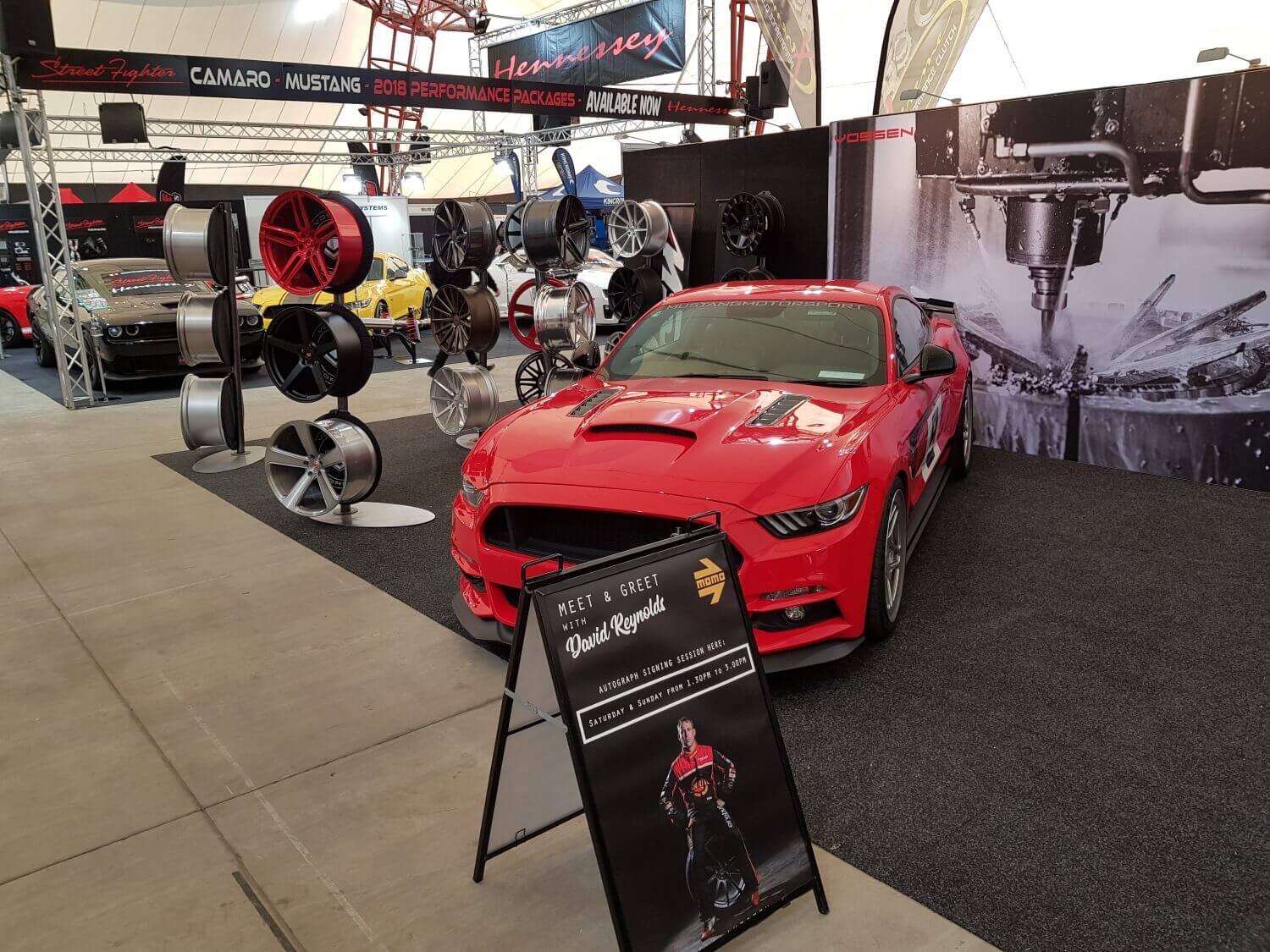 A central feature of Meguiar’s MotorEx was the House of Kolor Inauguration in the Street Elite Hall where the best of the country’s street registered vehicles showed off in one jaw-dropping pavilion. In front of massive crowds and media at noon on Saturday, these cars, a bike and even a jet-ski were unveiled, giving the public the very first look at these incredible machines.

Overhaulin’ TV star and legendary car designer Chip Foose made his presence felt all weekend thanks to 3M, conducting live drawing sessions, signing autographs and taking part in interviews, much to the delight of the huge number of passionate fans that wanted to get close to one of their idols.

Meguiar’s MotorEx was also proud to host a group of U.S trade exhibitors direct from SEMA, the first time SEMA traders have exhibited at a public non-trade event. Overwhelmingly, the experience for SEMA was a resounding success, the Americans impressed by the size and scope of Meguiar’s MotorEx. 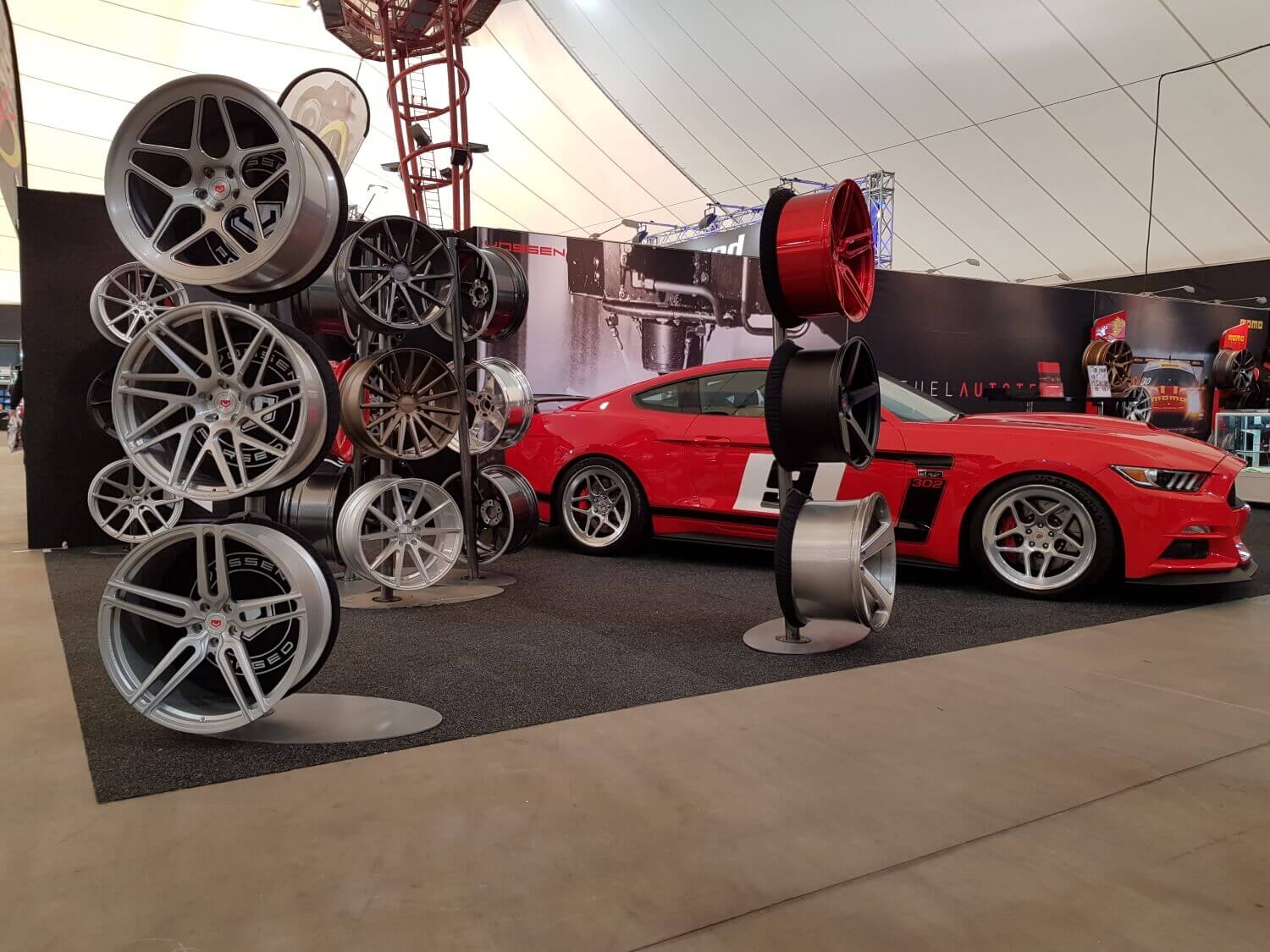 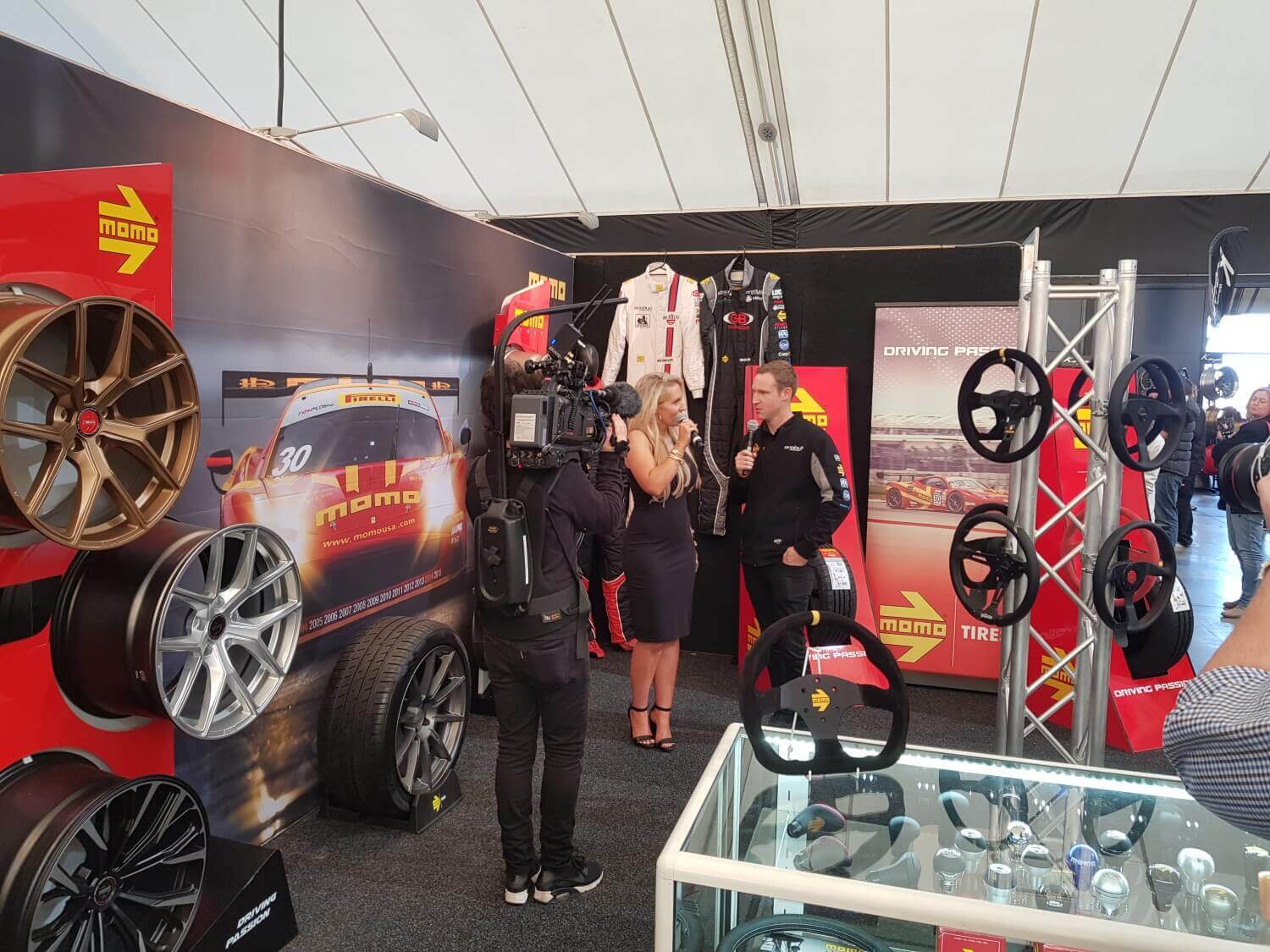 A host of celebrities also got in on the act, bringing their personal cars to display in the Hall of Fame. AFL legend Barry Hall brought along his collection of five amazing cars and was actively involved in interviews, meet and greets and even a drawing competition with Chip Foose. Other celebrity vehicles on display belonged to Sam Newman, NRL legend Corey Parker, the Rocca brothers, John Wood and Andrew Daddo. Allan Moffat even had his new Ford Mustang on display. At various times throughout the weekend these big names were seen exploring the show and enjoying their shared passion.

Over at the Injectors Online Drift World, the Drift Cadet team joined a collection of top pro drifters including Beau ‘The Show’ Yates, Jake Jones, Matt Russell, John Dreyer, Nigel Petrie and James Ioannidis for some exciting drift shows. These high horsepower machines and their drivers wowed the crowds who flocked to see the fastest growing motorsport in the world up close and personal.

The highest accolade on offer at Meguiar’s MotorEx is the Superstars Grand Master, Australia’s most prestigious super-elite award. Over 20 top shelf custom vehicles pre-qualified to be in the running for Grand Master, and honour won by Graham Barker in his immaculate silver 1951 FX Holden ute.