Pirelli Will Simplify its Tyre Range for 2019

Pirelli has decided to make it easier for Formula 1 fans to understand the different tyre compounds in use by changing the naming model for next season.
As at the moment, aside from the intermediate and wet tyre, Pirelli has seven different tyre compounds ranging from “Ultrahard” to “Hypersoft”, with three compounds selected for each events.
From next season, tyres will be referred as hard, medium, or soft, even if the different compounds may differ from one race to another.


“That is the plan,” confirmed Pirelli’s Mario Isola.
“I can confirm that I made all the investigation within the company to understand if it is feasible, because obviously there is an implication with the production, logistics, how we manage the tyres, and marketing.
“I made an investigation with all the departments to make sure we’re not doing something wrong and I confirmed that it’s feasible.
“The three names are clear, hard, medium and soft, but the three colours are still under discussion.”


This was meant to be introduced to Formula 1 in 2020 as soon as Formula 1’s current tyre contract comes to an end, however it was decided otherwise and Pirelli introduced this practice a year ahead.
“It was a request coming from F1 and the FIA, and we made the necessary changes in order to achieve that for 2019,” Isola explained.
“The next step is to define the colours, and to announce officially that we are going in that direction.
“The other open points are that we need to give a name to the compounds to give you the information on which are the real compounds that we are using, and how we manage the tests, because at the tests all the compounds are available, because we need to understand how to paint the sidewalls at the test.”


As of right now, teams call the different compounds as ‘Prime’, ‘Option’ and ‘Qualifying’. Isola hopes all teams will adapt the new compound naming model.
“They are still talking about prime, option and qualifying, so it’s something that’s coming probably from 15 years ago,” Isola suggested.
“We cannot change this, but now we have hard, medium and soft, maybe they can use these names.”


Pirelli’s contract with Formula 1 will end at the end of next season, with a tyre partner from 2020 onwards yet to be confirmed. 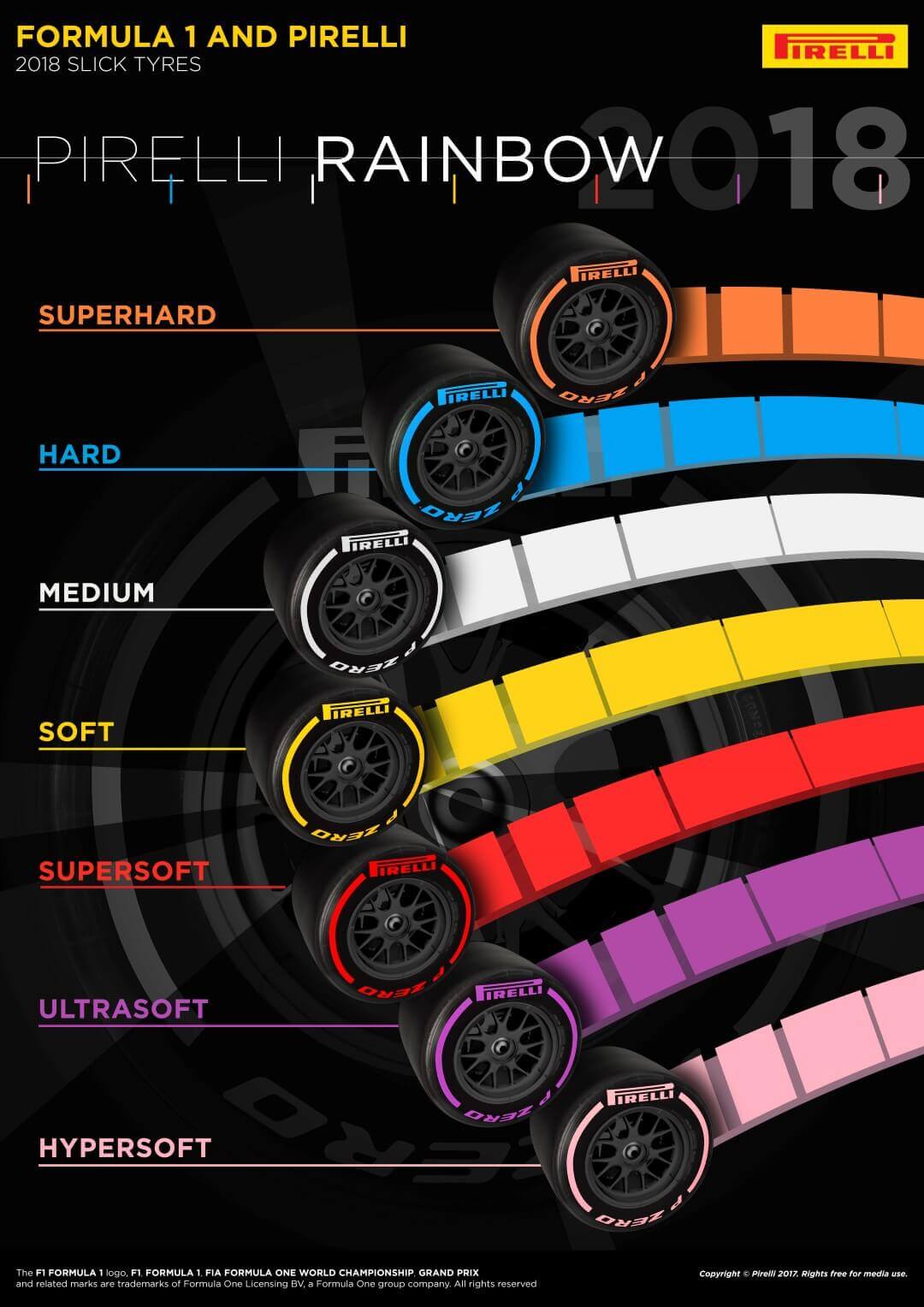